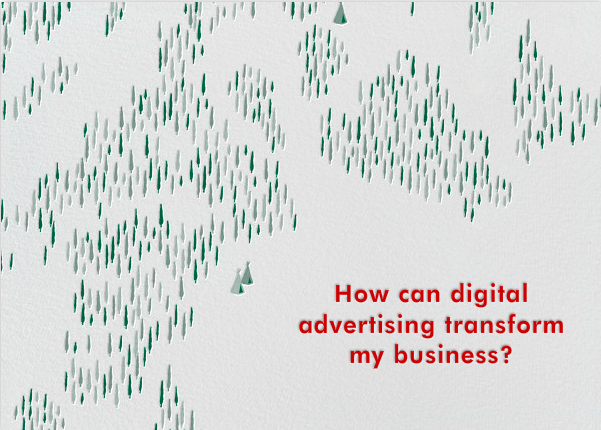 The first thing that comes to my mind when asked this, is where did this “need” come from?

For some businesses the need comes from wanting to expand to the US, for others, it’s launching a new product and for others, or its simply that they have exhausted their personal network of contacts and want to leverage digital opportunities to generate new leads to an existing service offering.

Sometimes the need comes from the realization that internal staff cannot support the functions of digital marketing because they struggle with strategy and execution. Other times the need comes when a organization received bad advice from an inexperienced partner.

We’ve seen many organizations execute “build it and it they will come” campaigns. It’s the kind of thinking that worked fine with traditional media formats including print and tv. However, it is the type of thinking leads to overspending in advertising if programs that are built are and not consumed by your consumers.

So for example, we’ve seen businesses attempt to execute Twitter promotions. They put together a really great prize and create a really smart hashtag and launch it! The program gets a few retweets, and a handful of entries. The organization is left scratching their heads, asking themselves why didn’t this work and why consumers didn’t care to act.

Let’s face it our Facebook and Instagram feeds are filled now with sponsored content. Many brands are competing in the same space as you. Also, coupled with the fact that we’ve seen Facebook advertising rates double in the last 12 months. It makes it really hard for you to standout and get your consumers to act. So, the real question question then becomes, how are you going to stand out in the digital space?

Well, it requires a thorough strategy that connects to the many layers in digital marketing including native, social, organic, paid, outreach and mobile. Those layers combined have tap into specific business goal or outcome and ideally include a meaningful call to action.

We look back fondly on a campaign we worked on, were we developed a solid campaign and that had meaningful purpose. It had all digital marketing elements working together,  including native advertising, social and outreach. We ensured the internal community manager had what they needed to have those Twitter and Facebook feeds going at all times. We engaged the right partners on the project. We ensured the influencers had what they needed to spread the word.

Most importantly, we were agile and could bring in new micro bursts to campaign as needed to align with the overall business goals of the campaign.

A few months into the campaign, co-founder of the Reddit, featured our interactive asset on Reddit’s must read list. This was huge. We had 500% increase in subscribers, and massive spike in visitors to the site. The pr ripple effect was invaluable. For us we had achieved the digital marketing success. And, we it’s this type of work that inspires us to experiment with new digital formats and push harder on the next campaigns.