Are you hesitant to dive into the newest social media? We, at Feast, encourage the use of social media as much as possible, and today we’d like to focus on Instagram specifically.

Feast Interactive has recently been accepted to be a part of the CDMN Soft Landing program, which allows us to obtain regional support and resources for the right connections to help open new markets, close international sales or connect with new partners. Thank you very much to the Canadian Digital Media Network for the opportunity to expand as a business.

Top 5 trends in Interactive Video for 2015

The way consumers experience video content is transforming. Gone are the days when we plop ourselves in front of the TV to watch endless hours of TV – except of course if you’re binge watching the latest installment of House of Cards. 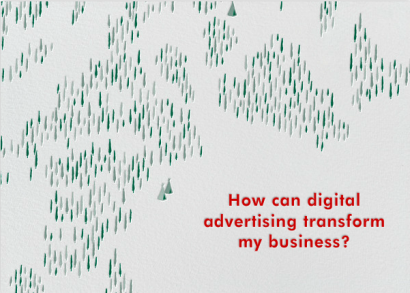 After Paris, Artist Etienne Lavie attacks the billboards’ ads of the city of Milano, by replacing them with famous classical paintings. The artist uses art as a substitute of the advertising, in an urban setting. Full gallery and story by Fubiz.net. The spot was created by Feast Interactive and directed by Revolver Film’s Ante Kovac.

The ad tells the story of young drift drivers dedicated to an extreme sport built on practice and passion. Feast conceptualized, designed, and built a creative strategy behind the ad with an overall goal of connecting to car enthusiasts in Canada and, ultimately, driving sales at Canadian Tire. We produced the ad to increase mindshare of SilverStar® zXe automotive lighting amongst car enthusiasts across Canada. The Super Bowl ad will be shown pre-game and during the game.

Yup, along with politicians, brands are finding their way onto Snapchat. Campaigns intended for a targeted millennial audience are gaining traction on this emerging social media platform. Snapchat is a mobile app which you can then use to “chat” with friends through photos, videos and captions. It’s like texting with pictures or videos.

Social Media Engagement is important as evidenced by the number of times we have talked about it in our blog posts here, here, and here. The important thing about social media engagement is coming across as being authentic. Authentic is a big thing now to everyone; no one wants to feel like you are using them in any way. It is very important for your consumers no to feel this way about your brand. This post will be a guide in how to achieve this authenticity through social media engagement.